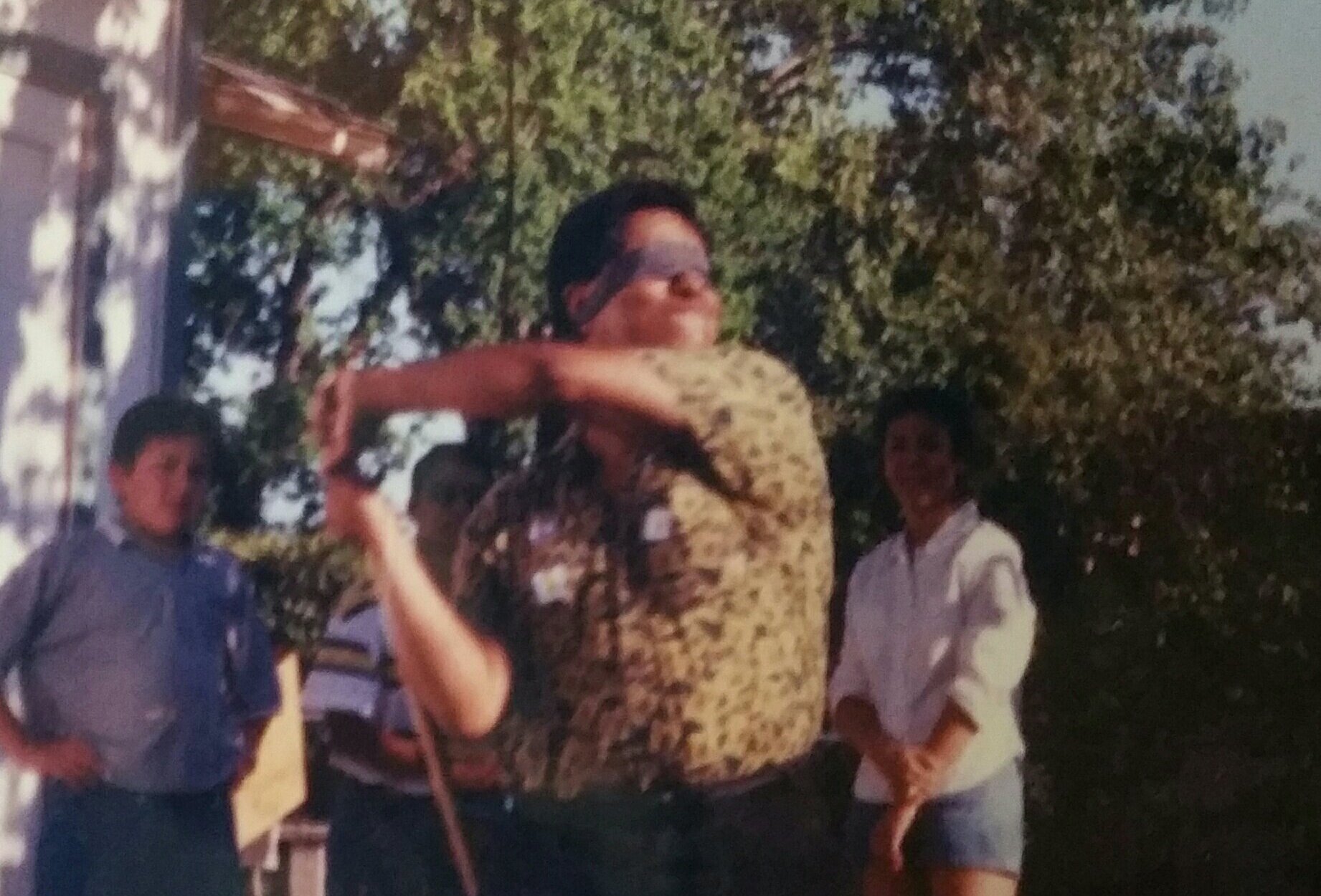 Jose died; Jose is gone, and I haven’t been able to write until today for numerous reasons. Jose is my brother; and I am not talking about blood, DNA relation, but I am talking about someone I grew up with by no choice of my own; well sometimes it was but mostly; I had to live with Jose through the good and bad, and through the love and hate.

I met Jose when I was seventeen years old, graduating from high school and absolutely no direction of where I was headed.

I had just lost Victor it had been one day since his funeral; and I needed to be out of my home so I wouldn’t think too much; I kept seeing images of him; in the coffin and how angry it made me; how pissed off I was that he chose to leave me behind to deal with all the shit we had been talking about most of the summer on my own. I thought of how selfish he was to just say, “the end,” with no one else’s feelings in mind. My dad was getting married, and I needed to get out of the house but had absolutely nowhere to go. Victor was gonna “take care of it,” and I was full of anger he would say; “Game, over figure it all out on your own;” without even coming clean and saying it; “I ain’t going to really hang for much longer; so you are going to have to figure this all out on your own, eventually; “but letting us all know he was done the moment he shot himself at “Bud Lake.” I was angry, and would spend the next few years living with numerous questions that would, I would learn, forever plague my mind, and to this day I come to terms on occasion with the fact that I may never actually get a real answer that will or can ever satisfy my confusion and uncertainties; in fact the only thing I am often certain of, is that I will harbor this pain for the rest of my life.

The mall had been my chosen spot; and I sat in the food court alone; unable to move once I was finally situated; I then met Danny and Rosendo; who would introduce me to Jose. 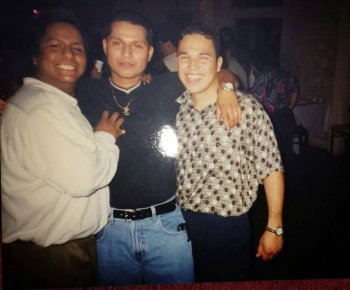 I will never forget when I met Jose; he was in the back of the old green truck Tomas (his dad) had.

He immediately told me he knew about me and actually did, he told me I would be ok; and he knew Victor and wouldn’t have to worry about anything ever again. I needed so bad to be told that; I needed to know I was taken care of in some weird way; he told me I could stay at this house; a lot of people stayed there who had nowhere to go; so it wouldn’t be weird, it wouldn’t be just me. Jose and I were very honest with each other from the beginning, he wasn’t expecting anything!!!!! I didn’t have to act like his girlfriend, kiss his ass; nothing; he just said stay here until you feel better; no questions asked, no pressure; besides “I know you like Danny :D…” he joked and teased (LOL) ” but, you are going to have fun and you are going to smile!”

I knew I belonged there, once I saw and spent time with each individual; we all shared some sort of common upset, hurt, or pain from a place inside where someone had let us down, someone who was never supposed to, someone we never thought would. Very distinct, and different relationships were established in the mutual emotionally feeled environment; a lot of anger quickly manifested. Sadness and anger are a lot of the same emotion; like a coin for instance it is what side you want to represent. Heads is~outward; the world see’s the anger, and tails is inward the depression runs deep inside. As all young spirits, we tried so hard to hold onto our self while having fun, and that we did. Many of us had a strong need to show another; we wouldn’t let each other down; like we felt was done to us; and in so many ways it was inevitable; we knew we didn’t deserve it; but it seemed the rest of the world did.

The year is 1992 and the house; quickly was named the Olmos house; where the Olmos Boys lived, since the house was originally the home of Juan and Jose. It didn’t take long for the house to be the happening place to be, lots of beer, lots of weed, and much stronger lines of synthetic~pow(d)er, and as “Catfish” would say… we always ready for “Puro Party!”

It quickly went from partying to paybacks; retaliation from nearby Powerheads… and anyone who did any of us wrong in any form. The house on olmos was often left riddled in bullet holes along with Juanita (Juan & Jose mother) furniture being demolished; she loved antiques and would purchase antiques on her time off from work (housekeeping) that would then become a reminder of a dream that was well deserved to her; but would never seem to quite be.

We all had shared the “community” green Chevy that Tomas would allow the most trusted as he put it; to drive; but the truck was constantly without fail being pulled over by the local police 78212. When questioned why we were being pulled over; every time without fail not even making it out the 2 exits of Olmos; on San Pedro; or Blanco they reminded us; “they were going to pull it over each and every time because they could; and as they first labeled us “fuck up’s,” deserved to be interrogated; each one of us driving was part of the T.O.B. local gang that they were determined to take down. The police would then go through the usual routine; take note of who was in the car; what our names and aka were and notate any tattoos visible; and finally ask about who ever was not in the car, any smells or visual tips was enough to search; take in who they could. If I was alone I would get lectured and always handled completely different; and even when I wasn’t alone if the truck was to be towed; whoever they took; I always got a ride home to my dads house; the whole way listening to how they they meant well; the young and the older police were pretty consistent as they would always begin with; “you don’t need to hang around these fools they are going to get you in trouble“; they really thought they had it all figured out.

Years went, a few olmos boys and girls got put away in prison; a few went on to find a different life, one by one, they went finding their way, another way. I wouldn’t leave; but I was determined to find a way a different way; right there! I married Juan (Jose’s brother) December 1992 just a few months after I found this life; and barely 18 years old; and this was now my family and I would make sure to make it work no matter how impossible life made it. 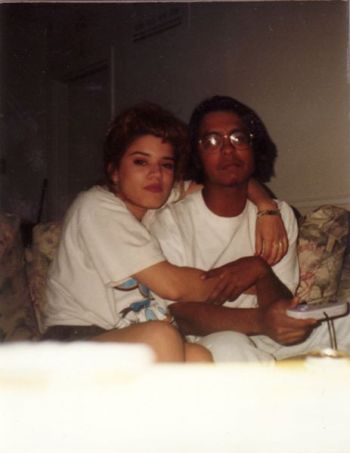 I honestly can’t say I married the wrong one; Juan and I are very much alike; very honest, true, and very crazy messed up individuals who found a strong peace in each other; knowing 100% we had each other’s back no matter what! We are also very different; I was determined to be positive, kind, and find the good; while Juan’s protective nature kept him negative, guard up; and looking for the bad. Juan is very serious and very critical; I always joke Jose is the lighter of them; the clown, payaso… who always wanted to be called “The Joker!” and every time he did, I would cringe and we would laugh at him; I would tease him. I am light hearted and laid back; but found myself extremely naive; learning hard lessons the hard way.